“It wasn’t easy being the key to other people’s happiness, their victory, and their vindication.”

Genre: Fiction
Pages: 288
Published: September 1st, 2020
Rate: 3.5 ⭐⭐⭐
Goodreads Synopsis
Afi Tekple is a young seamstress whose life is narrowing rapidly. She lives in a small town in Ghana with her widowed mother, spending much of her time in her uncle Pious’s house with his many wives and children. Then one day she is offered a life-changing opportunity—a proposal of marriage from the wealthy family of Elikem Ganyo, a man she doesn’t truly know. She acquiesces, but soon realizes that Elikem is not quite the catch he seemed. He sends a stand-in to his own wedding, and only weeks after Afi is married and installed in a plush apartment in the capital city of Accra does she meet her new husband. It turns out that he is in love with another woman, whom his family disapproves of; Afi is supposed to win him back on their behalf. But it is Accra that eventually wins Afi’s heart and gives her a life of independence that she never could have imagined for herself.

A brilliant scholar and a fierce advocate for women’s rights, author Peace Adzo Medie infuses her debut novel with intelligence and humor. For readers of Chimamanda Ngozi Adichie and Candice Carty-Williams, His Only Wife is the story of an indomitable and relatable heroine that illuminates what it means to be a woman in a rapidly changing world.

My Take
Listen, when I read that first line “Elikem married me in absentia; he did not come to our wedding.” I knew, I just knew this book will be messy and dramatic and it did not disappoint!

His Only Wife is set in Ghana and one thing I loved, is how Adzo Medie set the scene, the descriptions, both of the people and places, are so vivid I felt like I was there myself. It’s literally one of my favourite things in the book.

I want to say this is a love story, but we have a blind marriage and other stories that make it less so. The plot is quite entertaining and I loved how it goes straight to the point.

His Only Wife is a page turner, in that you just want to know what drama is next, what else is going to happen and I couldn’t put it down for that reason. 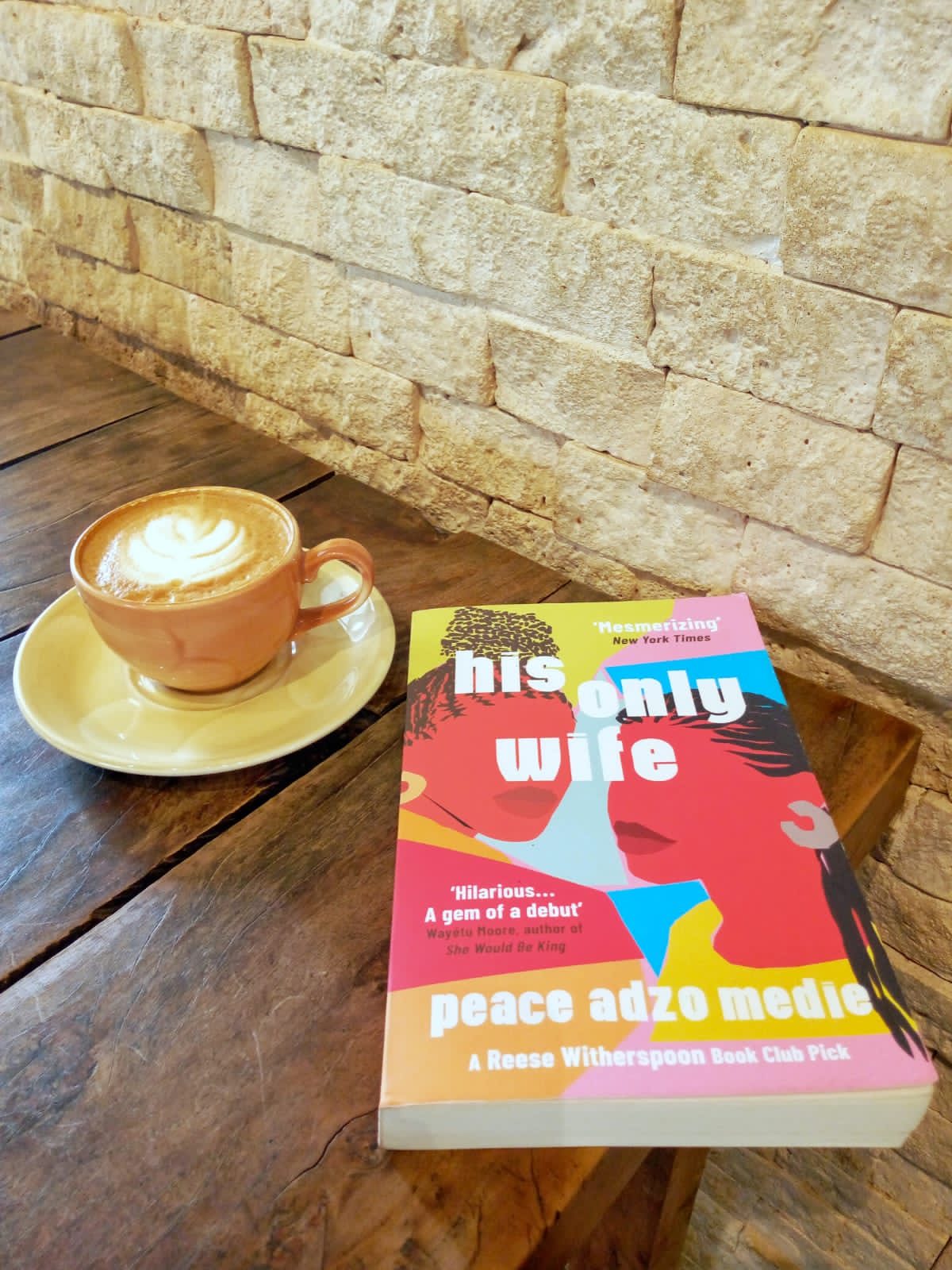 Peace Adzo Medie knew what she was doing with her characters. Afi? Naive and lost but does find her footing. Elikem? Synonymous to WICKED! Togo Pious? The most annoying person. The parents! The relatives! My goodness each one was well written and they all added to the story so well.

“If there was one thing I agreed with my mother on, it was that one could never be sure about a person’s intentions, no matter how kind that person seemed.”

The character development though was lacking because other than Afi, the others fell flat. The ending felt off to me as well. In my opinion it was rushed and the plot twist wasn’t as twisty and I wanted more from that interaction.

All in all, His Only Wife is a cinematic, dramatic, entertaining read that I find is a good book to read as it’s light and quick to get through.

Have you read His Only Wife? What did you think about it?

View all posts by suckerforcoffe